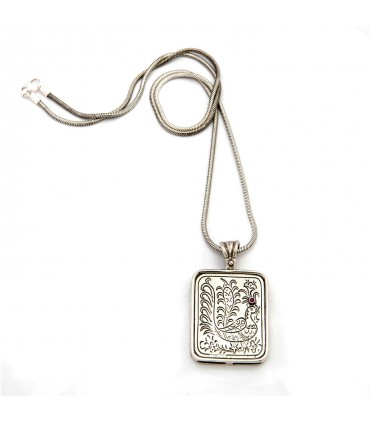 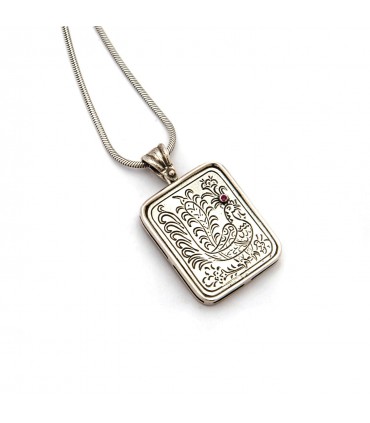 The motif is decorated with an engraved hoopoe. The design is inspired by Greek traditional art, specifically form skyrian embroideries of the 17th & 18th century.

- without chain. In this case its weigth is  19 grams or

The designs and themes of the pendants are copyrighted creations of Tasos Thomaidis.

Shippment times varies between 2 - 10 businnes days depending on item's availaibility.

Hoopoes are distinctive birds and have made a cultural impact over much of their range. They were considered sacred in Minoan Crete and in Ancient Egypt , and were "depicted on the walls of tombs and temples". The hoopoe is the king of the birds in the Ancient Greek comedy The Birds by Aristophanes. 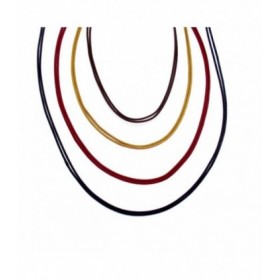 €6.00
Special cordon for pendants and jewellery, with a sterling silver clip. Available in 4 colors. It is synthetic and it is 1.25 mm / 0.05 inches thick.  Total length about 40cm / 16 inches. If you want a different...
Add to cart
Quick view
Add to wishlist
Love
Share
16 other products in the same category: 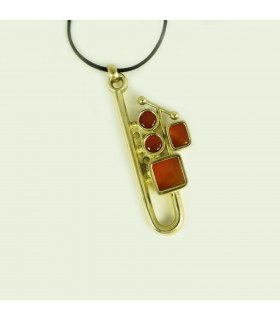 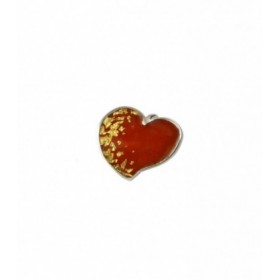 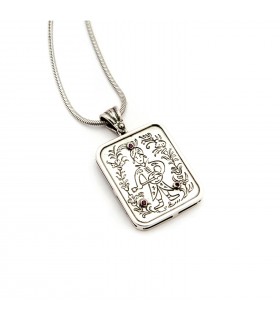 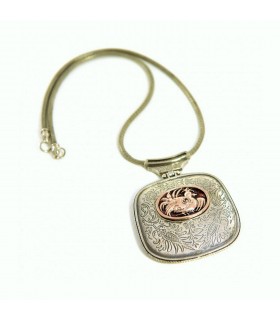 €490.00 €580.00
Handmade pendant made of 925 sterling silver and gold K_9. On the front side, the pendant is decorated with a golden K_9 rooster. On the back side it is decorated with an engraved hoopoe. Both designs are inspired by...
Add to cart
Quick view
Add to wishlist
Love
Share 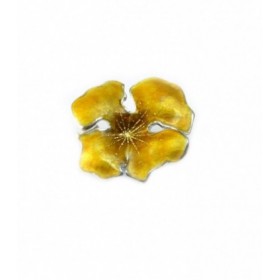 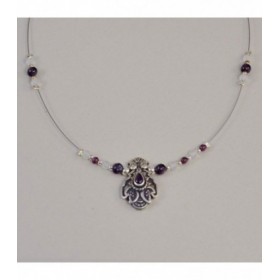 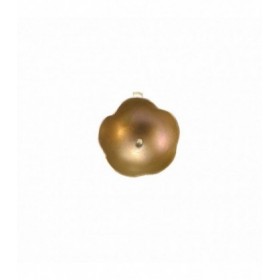 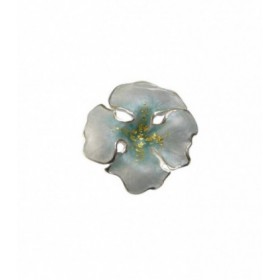 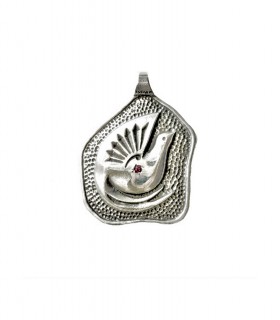 €55.00 €65.00
Handmade Sterling silver pendant with a garnet semi precious stone. It is decorated by a dove. The dove symbolizes peace, purity, fertility and reproduction. This is an Art jewelry of micro sculpting. Its dimensions...
Add to cart
Quick view
Add to wishlist
Love
Share 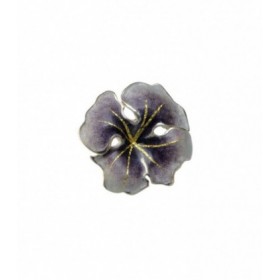 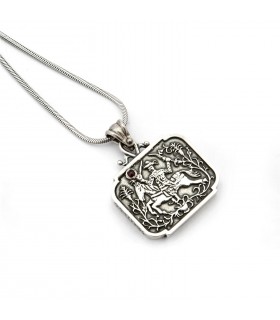 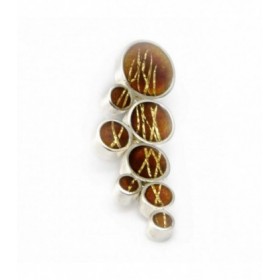 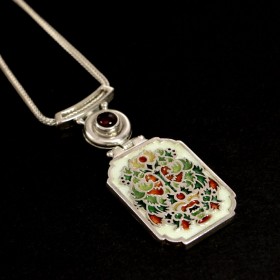 €228.00
Sterling  silver pendant - medallion with enamel and a garnet stone. Pendants' design is inspired by the Greek folk tradition. Specifically, by the Skyrian embroideries of the 17th - 18th century. Its dimensions are...
Add to cart
Quick view
Add to wishlist
Love
Share 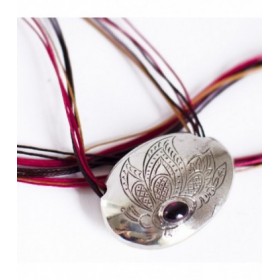 €97.00
Sterling silver pendant double sided, in pebble shape with a garnet stone. Its dimensions are  38 x 27 mm. The word "Agapi" (i.e. Love in Greek) is engraved on one side. It is sold with a colorful wax cord and...
Add to cart
Quick view
Add to wishlist
Love
Share 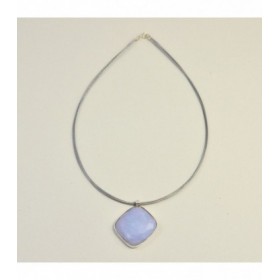