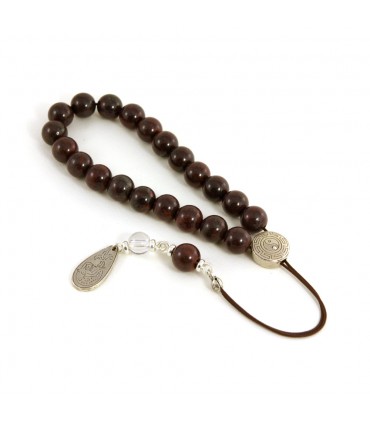 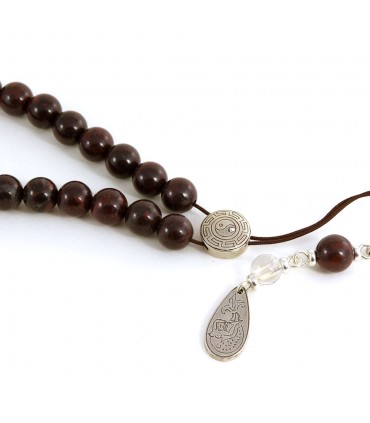 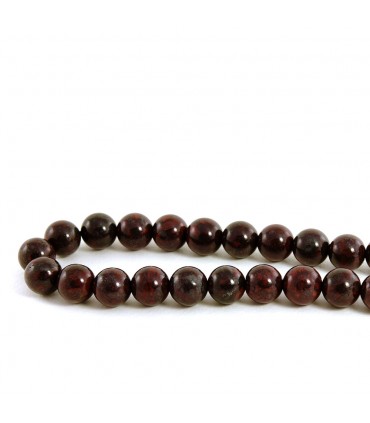 The shield separator is decorated with the yin and yang symbol inside in a circle of meanders and the finish carries a mermaid on one side and two swallows on the other. All accessories are made of sterling silver.

Since this product is natural and handcrafted there may be slight variations in size, colour and weight. This is what makes each product unique.

- Yin and yang describe that seemingly opposing forces can complement each other and be interdependent in the physical world and how one can create the other by virtue of the interconnection between them.

- Meander in antiquity depicted the endless flow of time and the completion of repeated cycles of time.

- Swallows symbolize love, caring and affection for family and friends, showing the devotion of the person who brings it by always returning to them. They also symbolize freedom and hope.

- Mermaids are heavily represented in mythology, literature and folklore of well-known cultures. It is a symbol of beauty, femininity, mystery, love, and sexuality.

- Rock Crystal or Clear Quartz, according to tradition, draws off negative energy of all kinds, neutralizing background radiation, including electromagnetic smog or petrochemical emanations. Cleanses and enhances the organs and subtle bodies and acts as a deep soul cleanser, connecting the physical dimension with the mind. Clear Quartz enhances psychic abilities. It aids concentration and unlocks memory. Stimulates the immune system and brings the body into balance. Zodiac: All signs.

-Jasper according to tradition acts refreshingly in cases of recovery, weakness and lack of energy. It protects both the mother and the baby during childbirth. It alleviates physical pain. Useful in stomach problems causing vomit. Zodiac: Taurus, Leo, Libra, Scorpio, Aquarius and Pisces.

Product Details
960
8 other products in the same category: 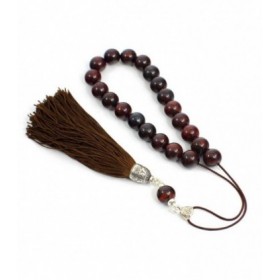 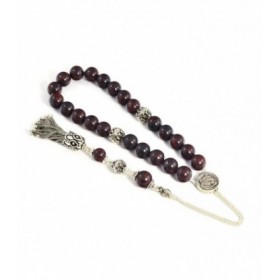 €216.00 €255.00
This komboloi consists of 23+2 red jasper beads with diameter 12 mm/0.47 ".  The shield is decorated with an embossed design of the head of a tiger.  All accessories are handmade and by sterling silver.  The total...
Add to cart
Quick view
Add to wishlist
Love
Share 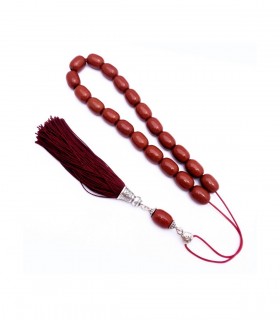 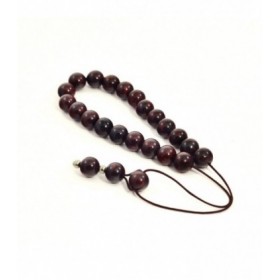 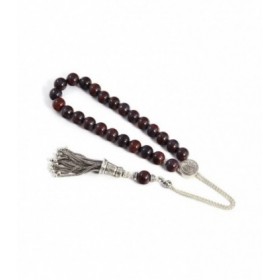 €144.00 €170.00
This komboloi consists of 25+1 red jasper beads with diameter 12 mm.  The shield is decorated with an embossed design of the sanskrit mystical symbol OM in Devanagari (Indian script).  All accessories are handmade and...
View more
Quick view
Add to wishlist
Love
Share 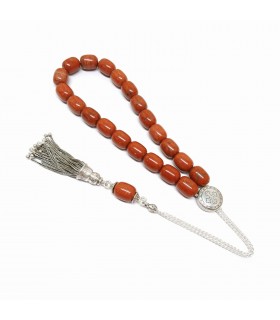 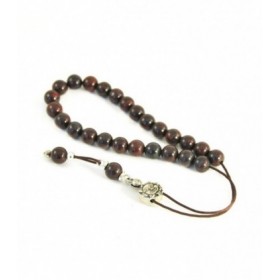 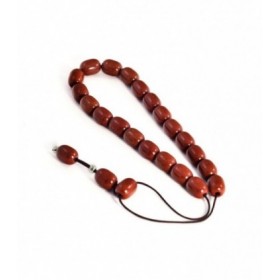 €37.00 €44.00
Red Jasper worry beads - Greek komboloi with sterlingsilver accessories. It consists of  21+3 red jasper semi precious beads and is available in two dimensions: - with beads' dimensions of 10 x 13 mm. In this case its...
Add to cart
Quick view
Add to wishlist
Love
Share