These worry beads consist of 21+1  light cognac amber beads. Their dimensions varies between

Spider is a person of Greek and Roman mythology and is considered as a symbol of creativity and luck.

According to tradition, amber is characterized as the most natural amulet as it absorbs any negativity found either as a condition in the physical body or as a trapped negative energy. It relaxes the nervous system and the body. It works dynamically and supports us in times of difficult situations such as depression and despair. It fits in Leo and Aquarius.

Product Details
585
13 other products in the same category: 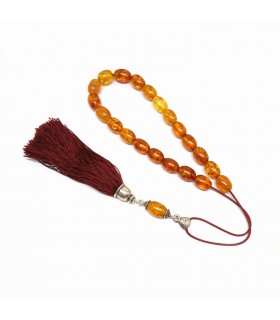 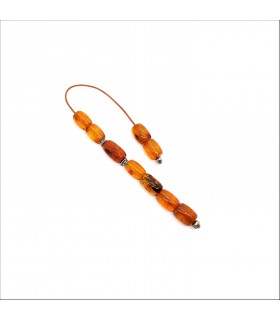 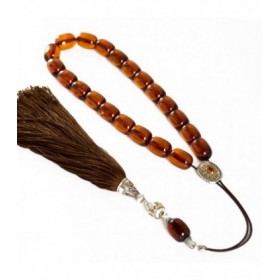 €1,950.00 €2,295.00
This efhantro (komboloi - worry beads) consists of 21 amber beads and 1 priest bead, sterling silver accessories and pure silk tassel threads. Its beads have inclusions and at least, in 10 of them have trapped...
View more
Quick view
Add to wishlist
Love
Share 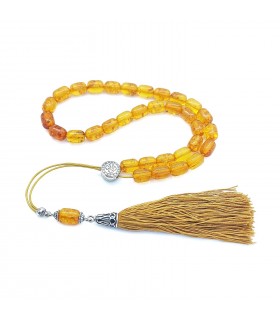 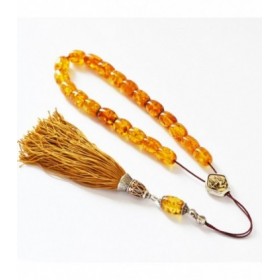 €990.00 €1,168.00
These worry beads  efhantro consist of 21+1 light cognac amber beads with dimension of about 11 x 14 mm and of sterling silver accessories. In addition the shield which pictures god cupid, as well as the tassel funnel...
Add to cart
Quick view
Add to wishlist
Love
Share 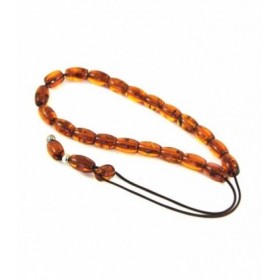 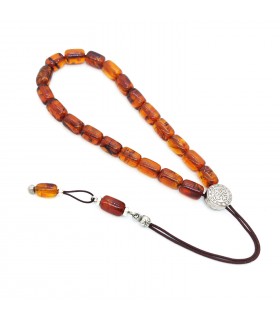 €280.00 €354.00
This efhantro - Greek komboloi consists of Baltic amber beads in cognac color with sterling silver accessories. The separator shield is decorated by an engraved cross It consists of 21 +2 beads with dimensions...
Add to cart
Quick view
Add to wishlist
Love
Share