There may be some differences in color rendering that may be due to your screen settings and shooting conditions.

According to tradition, amber is characterized as the most natural amulet as it absorbs any negativity found either as a condition in the physical body or as a trapped negative energy. It relaxes the nervous system and the body. It works dynamically and supports us in times of difficult situations such as depression and despair. At the physical level: It helps in the regeneration of the spinal cord, in rheumatism and intestinal problems. It balances the thyroid and generally helps with diseases of the throat and ears. It fits in Leo and Aquarius.

The two headed eagle is a symbol that is often found in coats of arms, emblems and flags and is associated with the Byzantine Empire. It is considered as a symbol of power and renewal.

Product Details
166
7 other products in the same category: 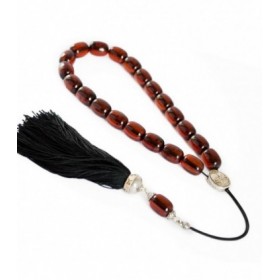 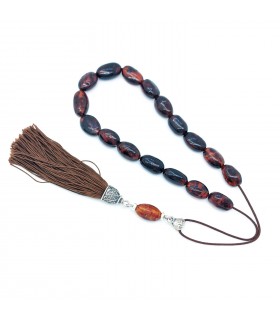 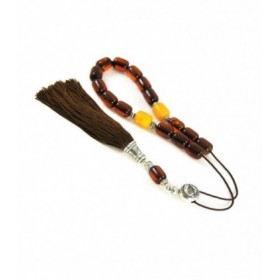