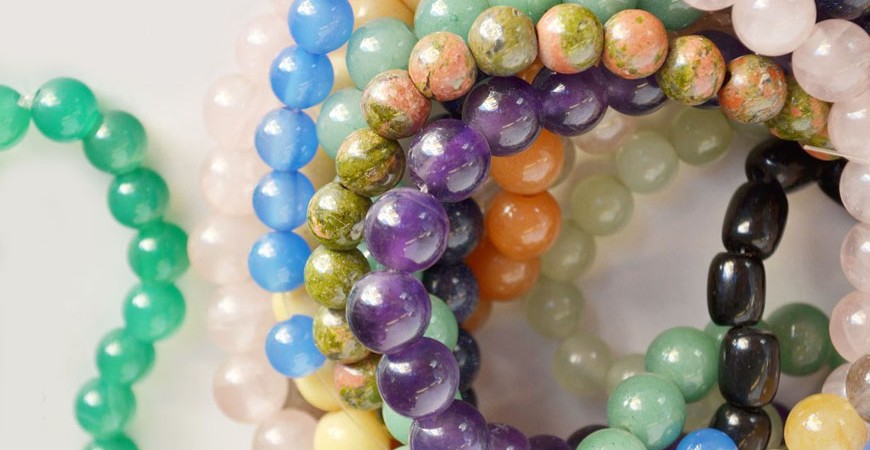 Almost everyone, at some time, when we found ourselves on a beach we were carried away by some secret need that led us to search among pebbles and picked up some! Something undefined strong created a bond with the ones we took with us. We felt love for these as if they are old good friends and placed them somewhere with affection. These stones that we picked are crystals.

Crystals are born and grow up in the bowels of the earth. They are sources of cosmic energy and not just inorganic matter! Due to the fact that crystals grow, occultists consider them living organisms with intellect and many powerful forces in the area of the unknown world of energy, where our senses do not reach.

Since the beginning of time man was impressed, at first sight by crystals, and was connected to them in many ways. He connected them with life, death, predicting the future and witchcraft, depending on time and habitation. Since ancient times, people used to decorate their jewelry with crystals, while they are connected with almost all religious rituals. The Christian forked caps are decorated fully with crystals. The high priest Aaron wore a breastplate that was adorned with twelve gems – one for each of the 12 tribes of Israel. During Stone Age, the Irish used to put a quartz crystal on the mouth of their dead. The American Indians used to do the same; they placed a citrine crystal on the mouth of the dead. The Greeks, since antiquity, believed that turquoise protects from the “evil eye”. Five thousand years ago, the Egyptians were moved by crystals, a great deal. They excavated and treated them. Emerald was considered to be a magical crystal and was closely connected to life. The Hindus bore the same belief about ruby and the Chinese about nephrite (jade). There are many theories that in Lemuria and Atlantis, the lost continents, crystals had had many applications in everyday life, art and technology.

If a crystal is suppressed sufficiently, it absorbs electric energy and radiates. The energy within the crystals is implemented on video-cameras function, cameras, cell phones and in the treatment of illnesses. Our company has created efhantra and jewelry with these stones giving you the opportunity to enjoy the beneficial properties of the crystals daily in combination with an elegant look. Visit our Collections to find them out! (The article was published in the magazine Astrologer, issue June 2013)