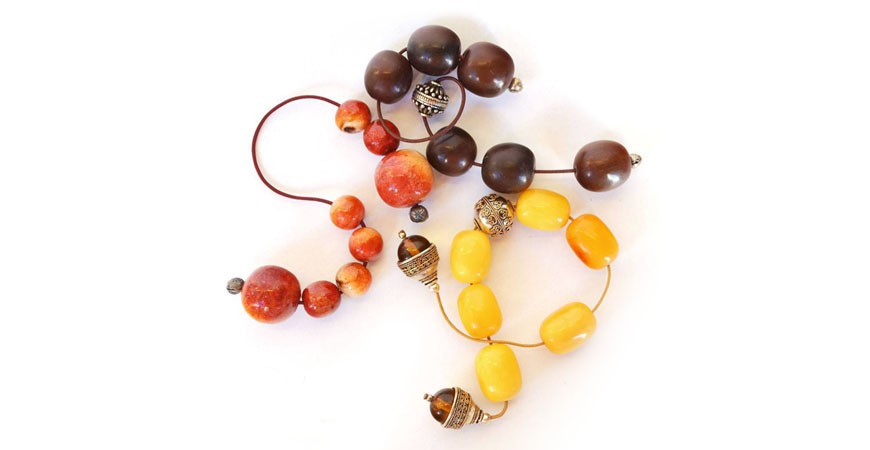 When the underworld and the non-aligned in society people, “met” tesbihi, they were affected by it and inspired their own garland. They put 16 beads in a strand, tied it at both ends and hung there anything someone desired. Some used one bead, others put two beads or a cross or a charm. The beads were from casual materials. They twirled this garland in their hand like an airplane’s propeller. Once clockwise and once counter-clockwise. Then they would stop the rotations and knock some of the beads on the other. This garland was named begleri beads because they did it with raffish gesture like the gamers of tavli shake the dice in their hands (verb beglerao). Today it is called kompoloi.

The Greek youngsters of the 80’s created their own object to keep their hands busy. It was a strand about 15 cm long, that they had put two beads. They would put it between their fingers, shook their hand and thus forced the beads to knock on each other and heard the sounds of the collision. It was named Taka-Taka after the sound. Today it is called begleri beads. Each garland we hold either to make prayers, or to keep our hands busy, for meditation, for showing off, for prestige we call them all kombolois, while kombolois are just prayer beads (rosaries)! This confusion occured because there had never been any relevant research or study about komboloi in tradition that would help us understand the circumstances that led to the mixing and confusion of the names.