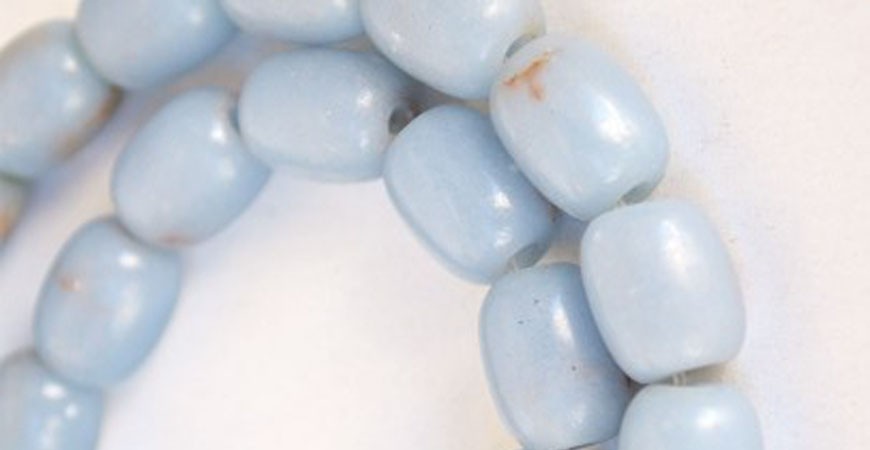 Angelite constitutes the evolution of Celestite that has undergone compressions of millions years.It is also the trade name for baby blue Anhydrite, name that derives from greek and it means “without water”. It is slightly hygroscopic, meaning it readily absorbs moisture, which makes it brittle with hardness 3 to 3.5 on the scale of Mohs. Also avoid prolonged exposure to heat and hot sun which leads to color fade. Some places we find Angelite are Mexico, Peru and Germany. Angelite, is considered agreat talisman for negative energy. It brings creativity, balance, mental and physical empowerment and promotes communication and self-expression. It dispels fear, anger and anxiety, converting them into faith and tranquility. It supports the throat, alleviating inflammation and balancing the thyroid and the parathyroid. It’s useful in weight control, and relates particularly to the lungs and arms. Zodiac: Aquarius.

Indian agate is also a member of the agate’s family. Because of its large color range we consider it is a category of its own. Indian agate is found mainly in China, India, Mexico and U.S.A. Ιndian agate, according to tradition, resonates with blood vessels and nerves. It heals the nervous system and conditions such as neuralgia. It treats skeletal disorders. Reverses capillary degeneration and stimulates the circulatory system. Zodiac: Aries, Taurus, Gemini, Sagittarius, Capricorn, Aquarius, Pisces. 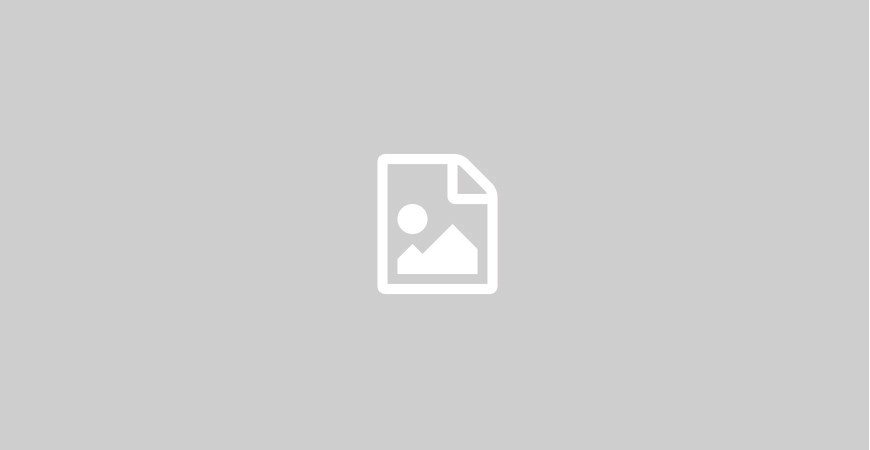 Onyx is a variety of agate, which belongs to the family of Chalcedony. The name is once again, of Greek origin, refers to the streaks that appear on the claws of several animals. Theophrastus mentions it as onychion. It displays successive layers of light and dark material. The various varieties of onyx display the entire color palette. In fact when we say Onyx we usually mean the black one with white lines. It has a hardness of 6-7 on the Mohs scale. Onyx mines exist in Oahaca in Mexico, in Brazil, Algeria, Madagascar, India. Onyx, according to tradition, gives strength. It promotes vigor, steadfastness and stamina. Onyx banishes grief, enhances self-control and stimulates the power of wise decision-making. It encourages happiness and good fortune. It is beneficial for teeth and the feet. Zodiac: Aries, Capricorn. 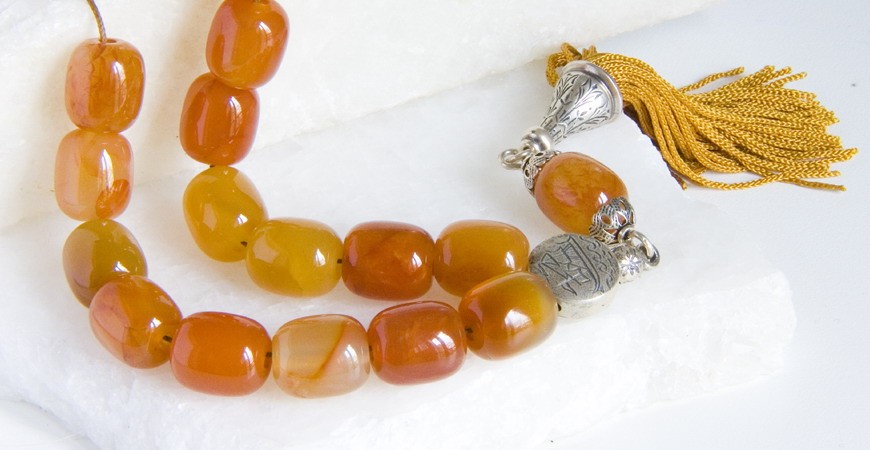 Agate was named after the river Agate (known today as Dirillo river) in Sicily where it was first discovered. Agates are found in all colors of the rainbow, although green and blue are quite rare. Agate is a variety of chalcedony formed from layers of quartz which usually show varicolored bands. It is a hard stone in the range of 6-6.5 at the Mohs scale. We find agates all over the world including: Africa, Asia, Brazil, Egypt, Germany, India, Italy, Mexico, Nepal, and the USA. Red agate cleanses and stabilizes the aura, eliminating and transforming negativity. It enhances mental function, improving concentration, perception and analytical abilities. It strengthens blood vessels and heals skin disorders. Zodiac : Gemini,Leo, Virgo. Blue agate helps to strengthen and accelerate the repair of bones, thyroid deficiencies, throat and lymph infections. It soothes red, sore eyes and any skin problems associated with redness and irritation. Zodiac: Pisces Green agate protects the eyes. It assists in completing unfinished activities. It is an excellent healer for plants. Zodiac: Taurus, Libra. Yellow agate, according to tradition strengthens heart and gives courage. For grounding &...

Jade’ s name comes from the Spanish name «piedra de ijada» (stone of therapy) because they believed that it cured of kidney stones. Jade is the term applied to forms of jadeite and nephrite. These minerals are similar in appearance and a distinction between the two often is not made. Jade is a 6.5 on the Mohs scale of hardness.Its colors range from translucent white to dark yellow or shades of green to light brown and gray sometimes. Jade is located mainly in Canada, China, New Zealand, Myanmar (variety imperial jade), Russia, Mexico, Central and South America. It had been used for making jewelery, decorations and religious utensils. Tools from jadeite that have been foumd are dated from the Neolithic era. Jadeite was also well known to the Mayans and Aztecs . It was a symbol of state power in China, it was worth more than gold and was called ” the stone of the Emperor .” Jade, according to tradition, attracts good luck and friendship. It stabilizes the personality and promotes self-sufficiency. It soothes the mind, releasing negative thoughts. It attracts good luck and friendship.Green Jade calms the nervous system and channels passion in a constructive way. It can also be... 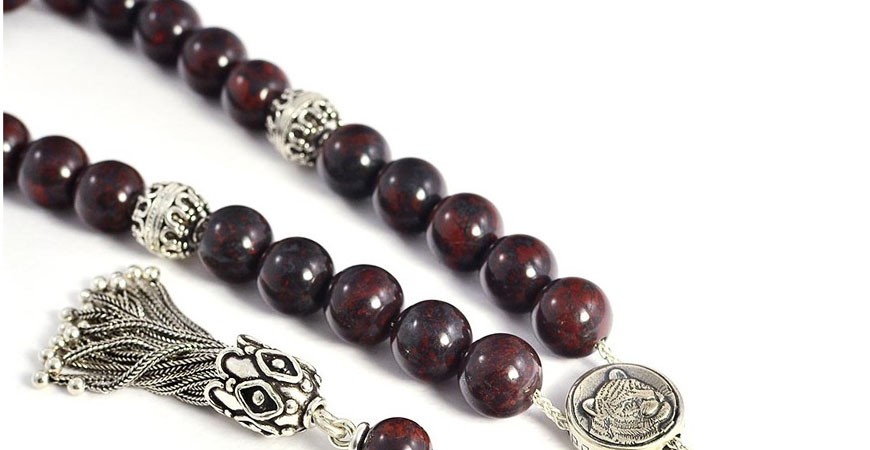 Jasper is an opaque variety of Chalcedony in shades of yellow, red and brown. This color is due to various iron oxides. The word is Greek and there are references about it to Theophrastus in the Bible. But there is another version that says the name comes from the Hebrew word «yaspeh». It has a hardness of 7 in the Mohs scale and has a triangular crystal structure. Jasper is found in the highlands of Dekkan in India, China, Mongolia, the USA, South Africa and particularly in the Ural Mountains. Jasper according to tradition acts refreshingly in cases of recovery, weakness and lack of energy. It protects both the mother and the baby during childbirth. It alleviates physical pain. Useful in stomach problems causing vomit. Zodiac: Taurus, Leo, Libra, Scorpio, Aquarius and Pisces. 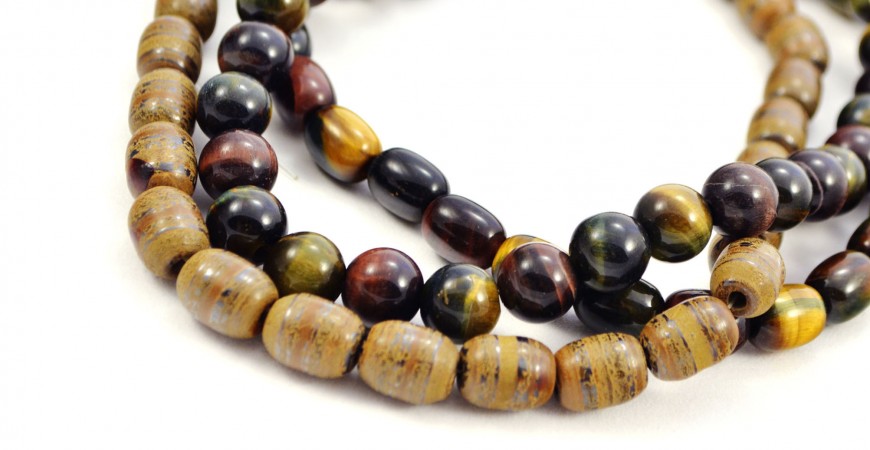 Iron tiger eye is a mineral rock composed of Tiger Eye, Red Jasper and Hematite. Therefore, it also holds the healing properties of all these stones. Because of its content in the above vary; sometimes we encounter earthy shades between beige, brown and gray, while in others we find black tones mixed with gold, red and green hues. The undulating, contrasting bands of color and luster make an attractive motif, and it is mainly used for jewelry-making and ornamentation. Iron tiger eye is a popular ornamental material used in a variety of applications, from beads to knife hilts.Iron tiger eye is mined primarily in South Africa and Western Australia. It is a 7 of hardness at the Mohs scale with a trigonal crystal structure. Iron tiger eye according to tradition brings out creative and artistic abilities. It is helpful if suffering from deep exhaustion at any level, especially emotional or mental burn-out or family stress.Tiger Iron stimulates vitality and aids in the assimilation of B vitamins and to balance the red/white blood cell count. It strengthens the muscles and aids in production of natural steroids. Zodiac: Capricorn 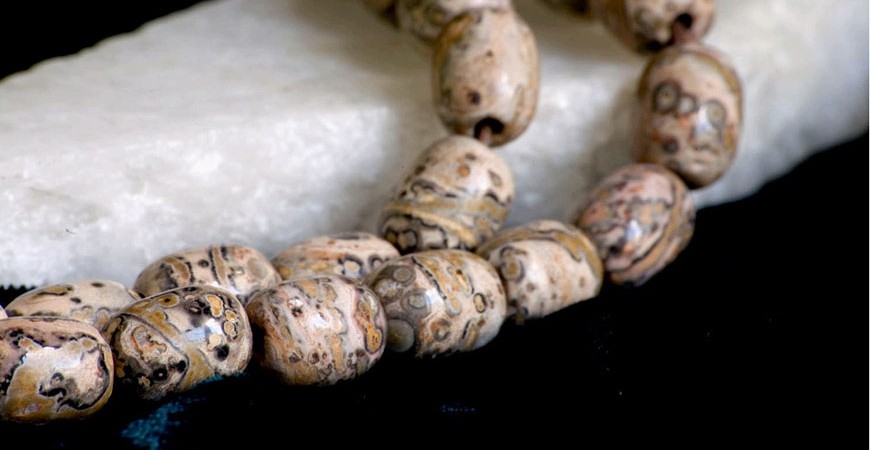 Leopard’s skin is another kind of jasper and belongs to the Chalcedony family. It owes its name to the brown-beige colored stones with “spots” and/or bands of darker colors (red, pink, brown, black, gray, and/or olive green) which resemble the spots found on a Leopard. It is a 6.5-7 of hardness in the scale of Mohs. Important deposits are located in Mexico, South America and USA. Leopard’s skin, according to tradition is associated with spiritual discovery. It assists in self-healing. Leopard Skin Jasper is helpful in eliminating toxins from the body and decreasing body odour. Zodiac: Capricorn.

First discovered in the United States in the Unakas mountains of North Carolina. Unakite, also called epidote, derives its name from the Greek epidosis, meaning “growing together”. It is a combination of red jasper and green epidote solidly bound together. In good quality unakite is considered a semiprecious stone, is often used in jewelry and other lapidary work such as eggs, spheres and other carvings like animals.Unakite can be found as pebbles and cobbles from glacial drift in the beach rock on the shores of Lake Superior. Unakite is not limited to the United States, but has also been reported from South Africa, Sierra Leone, Brazil, and China. Unakite according to tradition balances emotions with spirituality. Unakite supports convalescence and recovery from major illness. It treats the reproductive system and stimulates healthy pregnancies while facilitating the health of the unborn. Zodiac: Scorpio.

Picture jasper is a form of Brown Jasper and also a type of Agate . It’s typically found in the mountains of Eastern Oregon. Picture jaspers exhibit combinations of patterns, such as banding from flow or depositional patterns (from water or wind), dendritic or color variations, resulting in what appear to be scenes or images, on a cut section. It is a 7 of hardness at the Mohs scale. Picture jasper, brings stability and balance. It is a stone of proportion and harmony and stimulates creative visualisation. It helps to release hidden thoughts and feelings – grief, fears, guilt, envy, love and hope. Brings comfort and alleviates fear. Picture Jasper stimulates the immune system and helps treat disorders of the skin and kidneys. Zodiac : Leo. 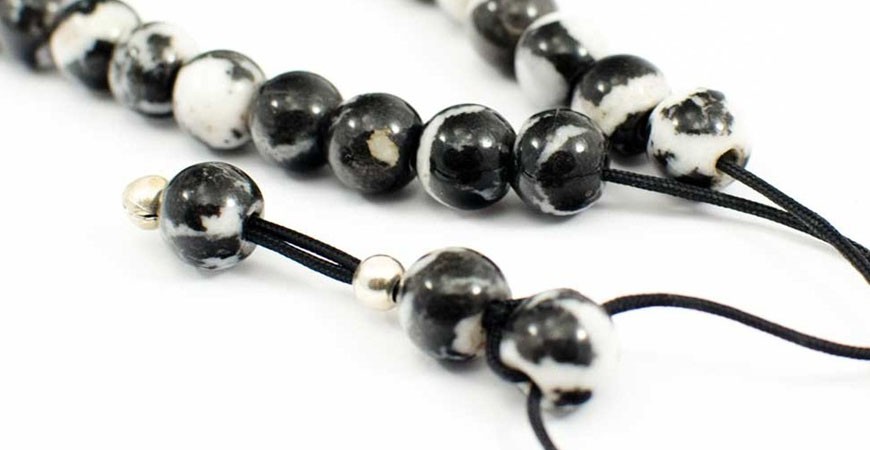 Zebra Jasper is a form of jasper with dark and light stripes, like a zebra. There are large deposits of Zebra Jasper throughout Mexico, India and South Africa. It is a 7 of hardness on the Mohs scale. Zebra Jasper encourages us to stop considering failure as an option in life, and to take action towards reaching our dreams and goals. It helps us to escape the perils of over-thinking and promotes the enjoyment of experiencing life as it comes. Physically Zebra Jasper is also said to be helpful with stamina, endurance, bone disorders, osteoporosis, teeth, gums, muscle spasms, and heart palpitations. Zodiac: Leo.

We hope you are safe and strong during these difficult times.

While the STAY HOME regulations are on, we keep serving you online.

If you have any question about our products or your order, do not hesitate to contact us by email at info@efhantron.com.