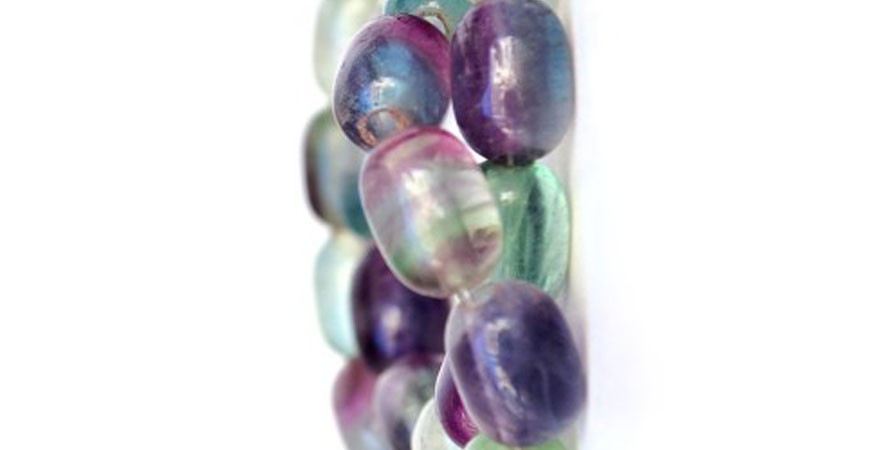 Fluorite (also called fluorspar) is a halide mineral composed of calcium fluoride. The word fluorite is derived from the Latin root fluo, meaning “to flow” because the mineral is used as a flux in iron smelting to decrease the viscosity of slags at a given temperature. This increase in fluidity is the result of the ionic nature of the mineral. Fluorite comes in a wide range of colors and has subsequently been dubbed “the most colorful mineral in the world”. The most common colors are purple, blue, green, yellow, or colorless. Less common are pink, red, white, brown, black, and nearly every shade in between. Color zoning or banding is commonly present. The violet variety is often mistaken with amethyst, from which it is distinguished by the lowest hardness, which is in the range 4 at Mohs scale hardness. The great variety of color result Fluorite to be among the most coveted by collectors of minerals and, because of its shade variations, it is used as a semiprecious stone, despite low hardness .The great variety of colors result fluorite to be among the most coveted minerals by collectors and, because of its shade variations, it is also used as a semiprecious stone, despite of its low hardness . Fluorite is found in large deposits in Canada, U.S.A., South Africa, Thailand, Peru, Mexico, China, Poland, Hungary, Norway, England and Germany.

Fluorite increases our powers of concentration, self-confidence and helps us in decision-making. It balances the energies, and improves balance and coordination, both physically and mentally.Fluorite boosts the immune system, stimulates the regeneration of cells, particularly in the skin and respiratory tract, and heals ulcers and wounds.