€61.00 €72.00
This komboloi - efhantro consist of 25+2 lapis lazuli beads with a diameter of 10mm and of sterling silver  accessories. Its length is 27 cm and its weight is 47 grams. Note: Beads of natural materials may display...
Add to cart
Quick view
Add to wishlist
Love
Share 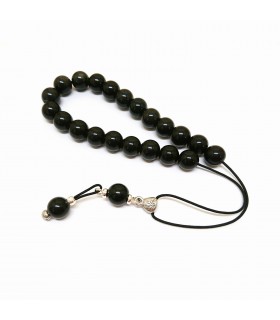 €38.00 €45.00
This efhantro (worry beads-komboloi) consists of leopard's skin beads, dimensions 10x13mm. Its total weight is about 39 grams and its length is about 29 cm. All accessories are of sterling silver. Since this product...
Add to cart
Quick view
Add to wishlist
Love
Share 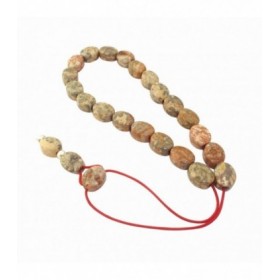 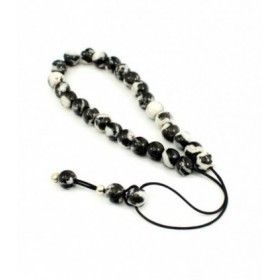 €28.00 €33.00
Efhantro - komboloi of Zebra jasper semi precious stone. It consists  25 + 3 beads of diameter 12 mm and of sterling silver accessories. Its length is about 27 cm and its total weight is about 70 grams. Since this...
Add to cart
Quick view
Add to wishlist
Love
Share

€54.00 €64.00
Amethyst semi precious beads Greek komboloi - worry beads, with sterling silver accessories. It consists of 25 + 3 amethyst beads and is available in two dimensions. - With bead's dimensions of about 10 mm. In this...
Add to cart
Quick view
Add to wishlist
Love
Share

€38.00 €45.00
These worry beads efhantro consist of brown aventurine beads with diameter 12mm/ 0,47 "  and sterling silver accessories. The total length of this efhantro is 28cm / 10.92 inches and its total weight is 56 grams /...
Add to cart
Quick view
Add to wishlist
Love
Share

We hope you are safe and strong during these difficult times.
While the STAY HOME regulations are on, we keep serving you online.

We would like to inform you that due to restrictions related to safety measures against the spread of COVID-19, we schedule the shipments of the orders 2 times a week, Tuesday and Friday.